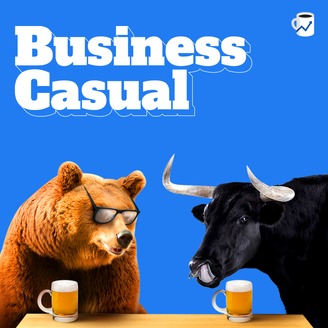 The Meteor Is Coming: The Fat Jewish on 2020, Social Media, and Rosé

Business Casual is the weekly podcast arm of the excellent newsletter, Morning Brew.

This interview with The Fat Jewish is an entertaining insight into the world of influencers. Aside from being a good listen, there’s some useful lessons if your business is centered on an audience and sponsorship. And to be an influencer doesn’t mean you need 11 million+ followers - if you’ve got an audience of any size, you’re an influencer.

Thank you! Your submission has been received!
Oops! Something went wrong while submitting the form. Try again or email us and let us know there's a problem... podcasts@podboxer.com
Marketing & GrowthInfluencers
Show DescriptionHide Description

What do Madonna, Mark Zuckerberg, and Mike Bloomberg have in common? They’re richer than you They all get name-dropped by social media personality The Fat Jewish the second you ask him to talk about the influencer economy.

This week on Business Casual, we did just that. The Fat Jewish (real name: Josh Ostrovsky) takes us on a roller coaster ride of content, from selling his Babe wine brand to AB InBev to Mike Bloomberg’s meme campaign for the White House.

And in this unpredictable election cycle, Bloomberg’s social strategy matters. Josh breaks an NDA with Bloomberg’s camp to explain exactly how those fake DMs will play out. Want to know how it ends? Go listen.

If that’s not enough to convince you, this episode also features Josh...

Oops, can't find anything to recommend.