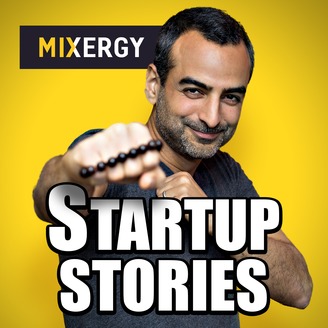 Turn a service into a subscription

Its co-founder Johnathan Gryzbowski credits part of his business success with forgoing a paycheck for about five years so he could reinvest money back into the full bootstrapped business. His advice: "Eat dirt as often and as much as you can in the beginning."

In this episode, Johnathan discusses how the idea for Penji took shape and how he and his co-founder pivoted from an agency model to what he calls "service-as-a-service."

Thank you! Your submission has been received!
Oops! Something went wrong while submitting the form. Try again or email us and let us know there's a problem... podcasts@podboxer.com
Founder StoriesServices
Show DescriptionHide Description

One of the things that I’m discovering is companies are turning services into subscription products. Well, joining me is an entrepreneur who did exactly that. Johnathan Gryzbowski is the co-founder of Penji. It’s an on-demand graphic design service. It’s a better way to outsource your graphic design because you pay one monthly fee and then you get ongoing access to designers. We’ll find out how he found the business model that made it work.

Oops, can't find anything to recommend.